In January we completed the first stage of the kitchen cupboards, using recycled hoop pine. The part I was most looking forward to was the island bench, which Russell has just completed. 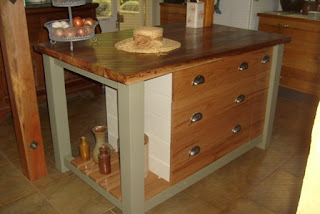 I've mentioned elsewhere how I prefer hand made items to overpriced commercial products (yes, I know, the economy would not survive if everyone was like me!), and how we enjoy recycling materials. Well this is the ultimate recycling project!

The legs for the island bench are made from some short scraps of the crap timber that were used to support the loads of timber we had delivered (two 90x45 glued together). The frame is made from bits of 70x35 pine framing left over from the build. In fact one bit was used by the builder in the original markout for the foundations! 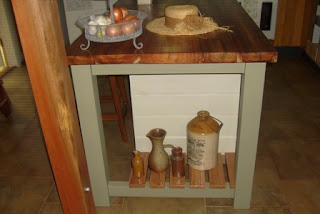 The bench top is made from some black wattle slabs that we had milled when we cleared some trees for the building. Four slabs are joined with threaded rod to make the top. This was Russell's first go at doing a slab and what he learned will be put to good use for the other slab benches that I have lined up for him! 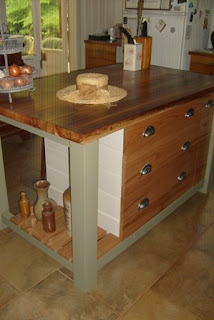 A few remaining Blackbutt floorboards from the attic bedrooms are used for the drawer fronts, (complete with hidden compost bin drawer) and the ornament shelf. 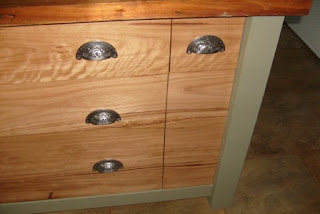 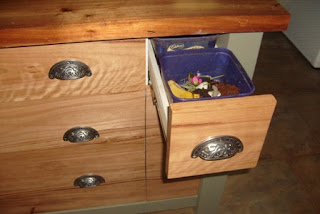 And the ends (which include a hidden rubbish bin) are scraps of the T&G pine used on our walls. 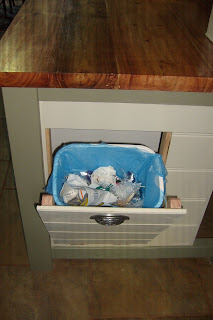